Solar power comes in many forms, from rigid to thin film. The panels are shiny, gleaming and ready to harness the power of the sun.

Theyâ€™re also usually silver. Yet they also come in colors, not just for looks, but for efficiency. 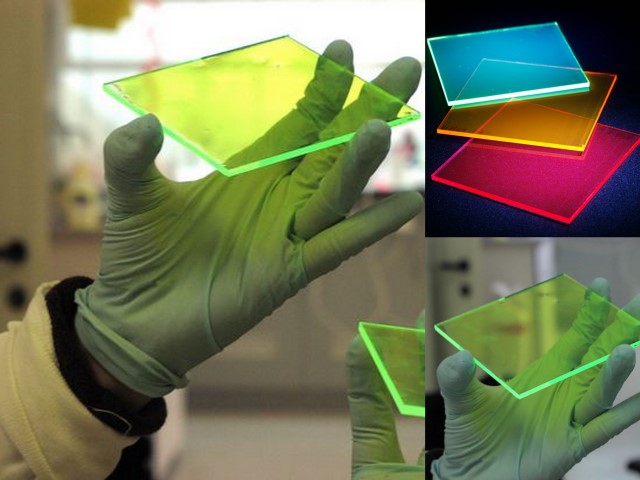 The colored collectors are still in development, but the company says its panels will cost less than a buck per watt to manufacture, compared to more than $4 a watt for conventional solar.

The technology is based on concentrating visible and ultraviolet light without concentrating heat, which reduces the performance of conventional cells. GreenSun also says its panels only require 20 percent silicon, with a conversion rate of up to 20 percent, or up to twice as much as commercial panels now on the market.